Our CUREkids Coordinators are CURE’s eyes and ears on the ground in our hospitals. They not only file photos and updates on each CUREkid but also act as Correspondents, giving us a glimpse of  life at the CURE hospital and in the country and culture in which the hospital serves. The following is part of the Correspondent series, filed by Cameron Mehl in Kenya. 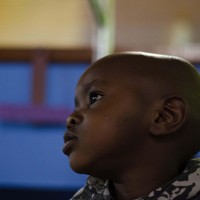 When I was growing up I remember sitting in front of the television for as long as my parents would allow. Like every other kid since the invention of television, I’d sit just about as close as possible without my nose touching the screen, for what now seems like no good reason at all. Was I trying to imagine myself actually inside whatever show or movie was playing? Maybe the colors fascinated me so much that I wanted to make sure I didn’t miss one. Either way, I wanted my entire field of vision to be filled with the fast moving, action-packed thrill that every episode of Power Rangers or Teenage Mutant Ninja Turtles was sure to provide. I wanted every talking animal in every Disney movie as my very own pet, and it was as if the closer I got to the TV, the more likely that was to happen. The thing is, movies are fun. They’re creative. They allow us to escape from reality to enjoy sights and sounds we would otherwise miss. Sometimes they help us dream, imagine, or put ourselves in the shoes of others. They teach us lessons, give us something to relate to, and, with the better films, give us hope. 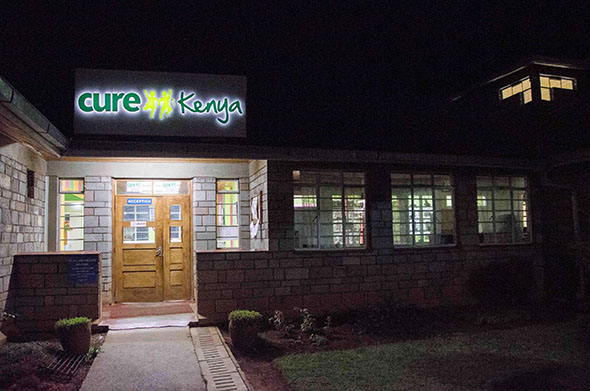 At CURE International Hospital in Kijabe, Kenya, most children are under 15. Most of those children don’t have televisions in their homes. When we show a film, show, or Kenyan gospel music videos on the small TV (read “the furthest thing you can think of from an LED-backlit flatscreen here, folks”) in the corner of the ward, the kids’ eyes avert from whatever is going on and rarely move from that box for however long it is the video lasts. To them, it’s amazing. To me and to most of you reading this, it’s probably a lot like what your grandfather had in his living room. Now, don’t get me wrong, I’m a big outdoor enthusiast and truly value the time I spend outside, be it running around, climbing trees, or simply playing in the dirt, but I also love movies. Neither am I promoting these kids sit in front of the TV and play video games for hours on end like I did most afternoons following a school day. Even if these kids could do that, they wouldn’t, because they’d likely either be helping out around the house, in the yard, or with their sibling(s).

With that said, CURE owns a projector. We own plenty of white bedsheets. We own a large space where said bedsheets may be hung from the ceiling of the ward. Are you getting the picture? Yep. The first ever (that I know of) CUREkids Movie Night! I only hoped that the kids were half as excited as I was about it. 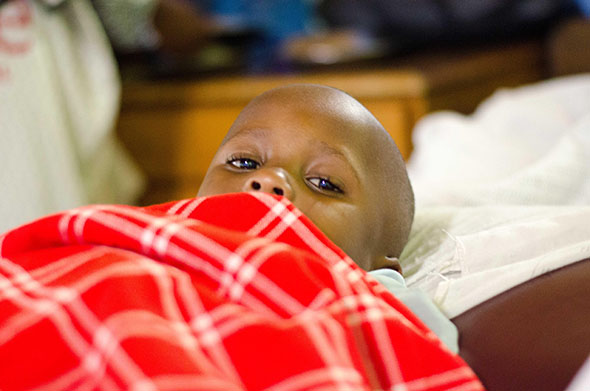 Turns out, not only were the kids pumped up, but the parents loved it, too. As I climbed the ward section dividers and pieced together the makeshift theatre screen, I could hear the kids giggling and joking about what it was I could be doing. To my surprise, the parents followed suit, getting my attention with large smiles. One parent helped me finish the screen set-up while another helped me with the projector. I might have been in an even better mood than they were from all the help and encouragement I received.

Teddy, a little guy who never stops smiling, asked me if we were watching Shrek. I said, “No, it’s called The Lion King. Have you heard of it?” In response, he quickly shot his hand in the air, thumb raised and shouted, “Awesome!” I was happy to be there before, but my joy had now reached new heights. It’s incredible what a little entertainment can do for the spirit. 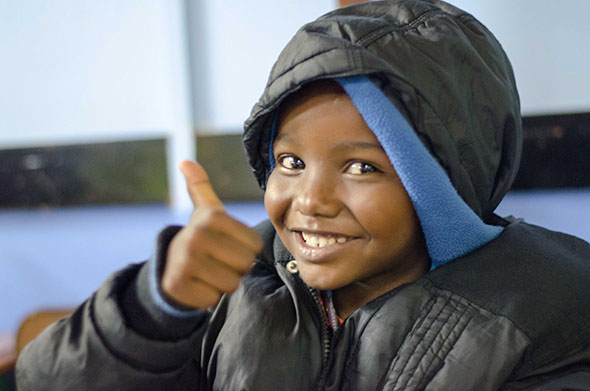 The movie played and songs were sung. The kids’ eyes were bright and widely open. People even came from the private ward. Our security guard lingered, knowing he couldn’t stay but wanting to. Nurses worked a little slower to finish their rounds in the ward, taking temperatures while peering at the screen and calculating heart rates while humming along. I asked Ian, a nurse here, whether he thought the kids enjoyed the movie. “Oh yes, they are very happy. And if that’s not enough, the staff really enjoyed it too.” 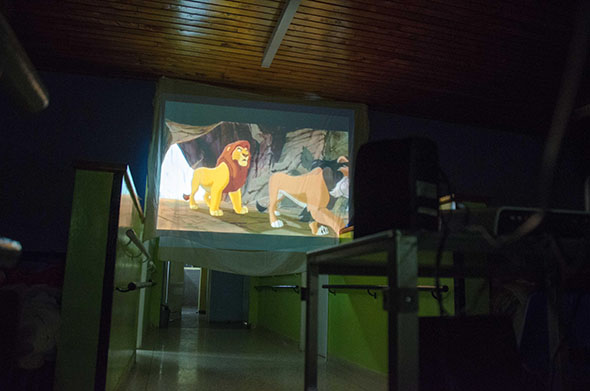 I decided to have a CUREkids Movie Night because I wanted to entertain the children in a way they probably weren’t used to being entertained. I’m sure they haven’t been to a movie theatre, and, since I love movies, I wanted them to experience the closest thing to it that I could do myself. They enjoyed it, their parents enjoyed it, our staff enjoyed it, and I definitely enjoyed it. Mission accomplished! 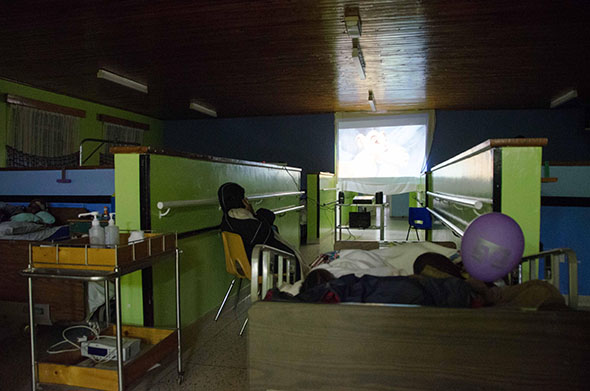