What Precious Can Do

Things Precious can do:

1. Make requests about her needs, especially as they pertain to footwear, while offering a free tutorial on how to make the perfect duck face. 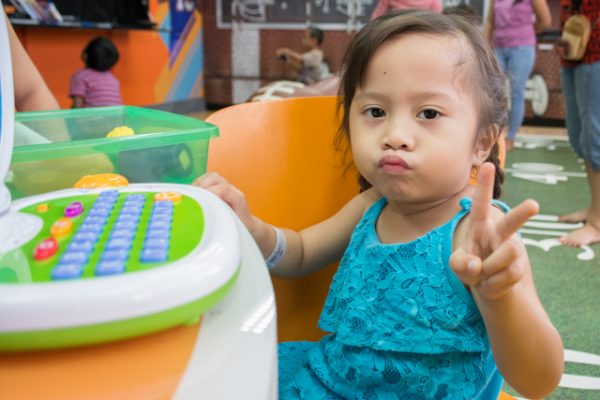 One of the first things she told us was, “I want to wear Frozen sandals, preferably the ones with high heels.”

2. Confidently assign names to her dolls. 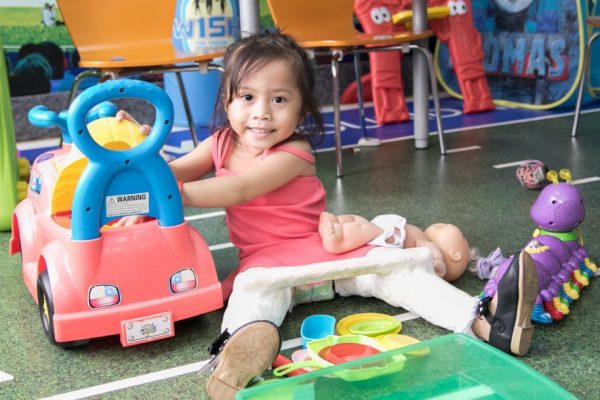 The one on her lap has been dubbed “Baby Ambot,” which means, “Baby I Don’t Know.”

3. Talk on the phone for hours in her tiny voice and steal your heart in the process.

She’s also the reigning champion in the Four-Year-Olds Who Laugh Like Elmo category.

4. Pray for the one thing she hasn’t been able to do. 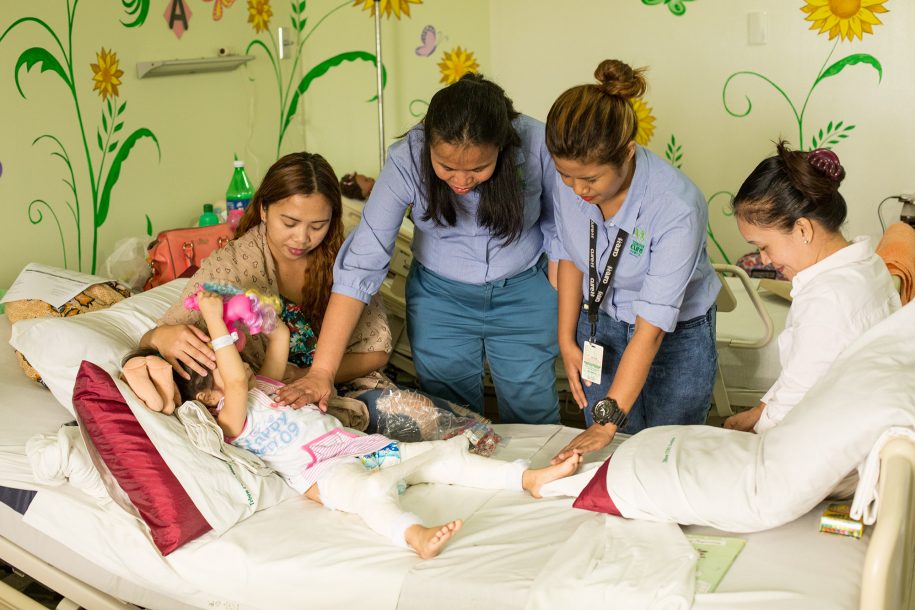 “Dear Jesus, please fix my feet so I can walk.”

Precious’ mom, Maricel, said they noticed a problem with her legs when she was about one year old.

“Her legs were just straight and very tight, and she was always on her tip toes every time I let her stand. I was really wondering about it, but they told me that’s normal, that many kids do that also. We decided to let the doctor check on Precious’ foot and that’s when we found out that she has tight legs.”

Maricel and her husband, Christopher, did everything they could to help Precious. They took her to months of expensive physical therapy sessions and to the best herbal doctor they could find, but nothing was working. Frustrated and running out of options, Christopher did what most of us do when we have a question and need a list of answers.

Christopher and Maricel were surprised to find a hospital in Davao that treats pediatric orthopedic conditions come up in the search results. They decided to give the Tebow CURE Hospital a try.

“When we got there, I saw kids that had the same and much worse situations than Precious. I felt alive and relieved. Doctor Tim told us that Precious needed a lengthening and that’s the very easiest situation. I felt very happy and I was really hoping for Precious’ healing.” 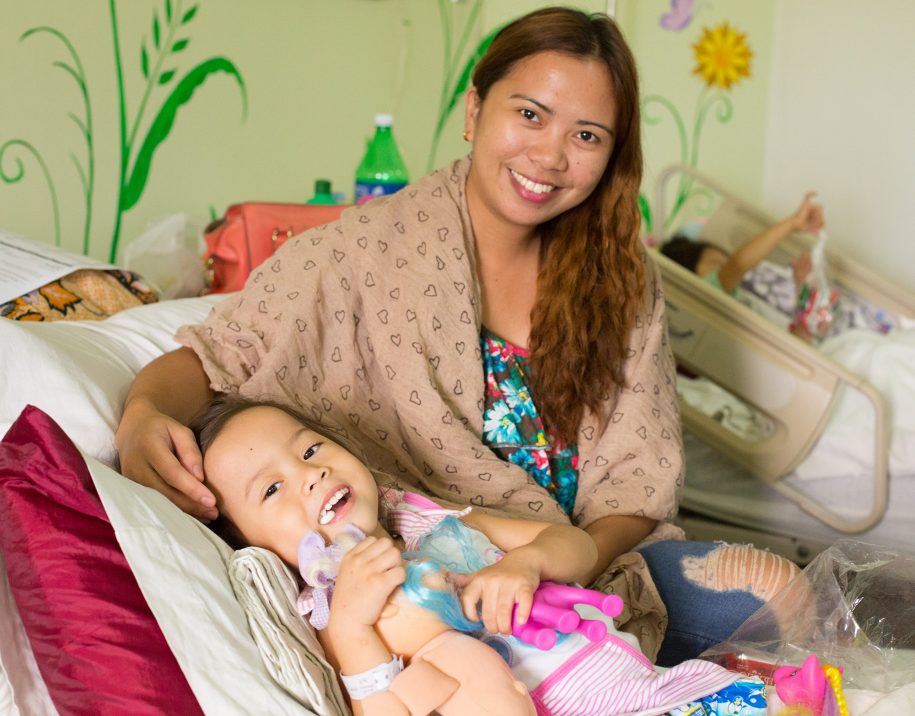 Precious had her tendon lengthening surgery in April last year. They were all so excited for Precious to finally be able to walk on her own, unassisted. But at her follow-up appointment, it became clear that it wasn’t just her Achilles tendons that were tight; her knees and hips needed to be released as well.

Precious had surgery to release her other tendons in November, which is when I met her and Maricel. Elvie (who you might recognize from The Week in Photos or from being J-Vie’s mom) took these photos of us.

Short aside: Posing for photos in the Philippines, as Precious demonstrated above, is an art. I’ve been to the Philippines several times now, and at this point, I’ve learned that you just do as you’re told and hope for the best… thus, the now infamous “Look up!” photo.

We didn’t get to spend a lot of time with Precious and Maricel, but, not surprisingly, Precious is pretty hard to forget. A few weeks later, I was catching up with Maricel through the wonder that is Facebook and asked how Precious was doing post-surgery. She said,

“For now, Precious can stand straight and sometimes try to stand by herself, but she falls for a minute, then stands again. We’re doing exercises everyday, like walking outside and playing with her cousins. We are really hoping for more progress and that she will be able to walk without falling.”

Maricel asked me to pray for Precious and I assured her I would. I shared a little bit of her story in our staff meeting that week and we joined Precious and her family in asking Jesus to heal her completely so she can walk.

Last Saturday morning, I was on my way to breakfast when Facebook let me know I had been tagged in a video.

Precious has something new to add to the list of things she can do.

“After I took this video, she would not stop walking until it’s almost 11 p.m. I was so sleepy, but she’s still awake. She’s so very happy and so are we. We’re very thankful that God used CURE as an instrument to help and to let people have faith. Thank you so much.”

This is what we get to do together. We get to meet kids like Precious and cheer them on as they take their shaky first steps. We get to restore the hope of parents like Maricel and Christopher. And we get to keep supporting them, praying for continued healing, every literal and figurative step of the way.

Kids are finding healing, and it’s because people like you are making it possible. Thank you so much for making these first-step moments a reality. If you want to know how grateful we are, just listen to Precious’ squeal of pure joy at the end of that video clip.