“The man said to me, ‘Son of man, look with your eyes and hear with your ears and pay attention to everything I am going to show you, for that is why you have been brought here. Tell the house of Israel everything you see.'” – Ezekiel 40:4

When I was hired by CURE to be “eyes and ears” as a CUREkids Coordinator, I didn’t say “yes” knowing what I’d be seeing or hearing. All I knew, and all I still know, is that God says having eyes to see and ears to hear is a winning combo, and His endorsement is quite enough for me. And starting off, I had to recognize the difference between looking and seeing, and listening and hearing. I didn’t want our kids to just feel looked at and listened to. I wanted them to feel seen and heard. And God gave me that opportunity with David.

In May of 2011, I arrived at CURE Kenya and honestly had no clue what in the world I was doing. The CUREkids program was a new trail to blaze, and although I understood the goal theoretically, sensory overload was in full effect, muddying the initial steps of turning an idea into reality. The ward was a blur of new patients, and I was devoid of a starting point. Then, out of the chaos, David emerged, and at last, I had my first CUREkid.

David was a newbie like me. He had arrived at the hospital a few days prior and had been waiting for his turn in the operating room. I’d never seen a clubfoot in my life, so when I first crossed paths with him, I couldn’t quite wrap my mind around how he had walked on his ankles his entire life. And that’s “walked,” not run, because running’s too painful. And jumping? Nope. Forget about it. Out of the question. I remember sitting there as he answered questions from one of our pastors, showing us his best boxing moves against bullies, and this weird weight started making my heart feel squishy. That’s a real condition, by the way. That weight became a sense of responsibility, a responsibility to him, to his parents, and to the potential God had for him. I think that happens when you choose to make someone important to you. You make a decision to have eyes to see and ears to hear, and the investment weaves a thread through your heart, and soon, you become a fiber in their story and they become one in yours.

The day I met David, God started weaving, and each interaction became a stronger thread between our lives. I heard our anesthetist pray with David and his mom Carol before we took him back for surgery. I watched as our doctors corrected his left foot, and six months later, David listened to my iPod as they corrected his right foot. I was with him during almost every one of his cast changes. I gave him piggyback rides as an escape from his crutches. I watched our orthopedic workshop team measure him for his foot braces. I saw him make friends with his ward mates and heard their laughter throughout the halls. And after a year of seeing and hearing, I witnessed the moment he stood up on two straight feet for the first time in his life. He was a flood of confidence, pride, and pure joy, and I was undone by the sight of him walking out of the hospital, crutch free. 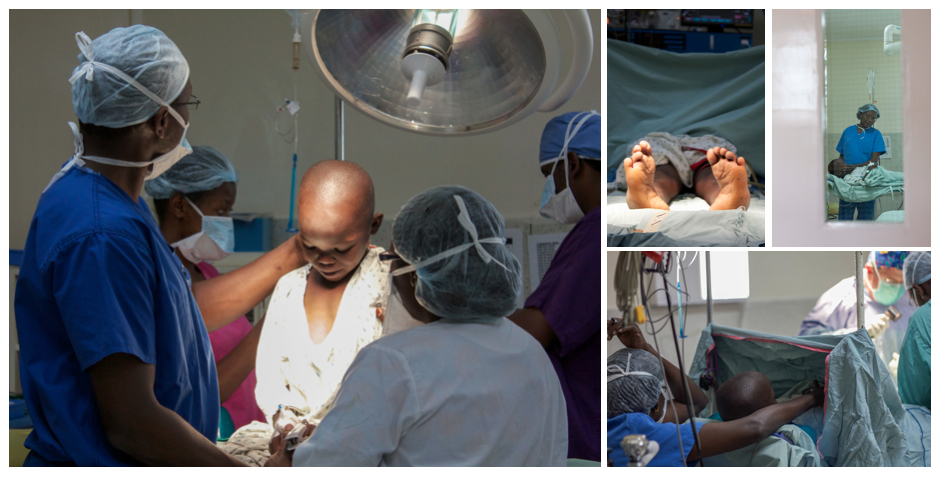 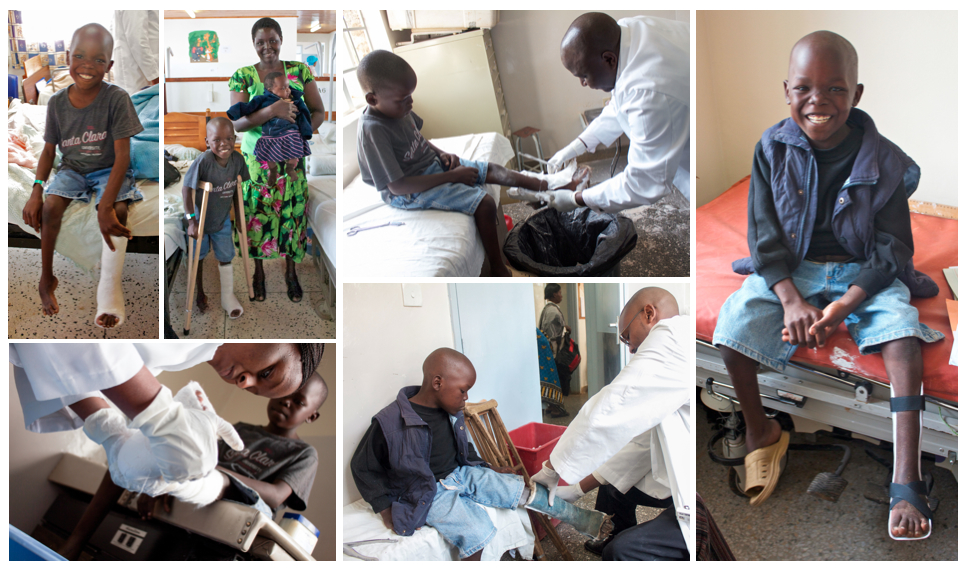 Three weeks after that, my time at CURE Kenya was up. David continued to come for his follow up appointments, and I continued rooting him on from an ocean away. Then, this past March, God gave us the opportunity to visit David at his home. We pulled up, slid the door open, and there he was. I hadn’t seen him in two years and the smile we shared hurt my cheeks. Now as I think back on it, tears take the place of words when I try to describe what that moment was like. It was as if the responsibility I felt for him on day one had come full circle. He felt seen. He felt heard. And on top of that, he felt remembered.

I recently heard someone talk about the power of remembering. God actually used being “remembered no more” as a threat to people in the Old Testament. And what did the thief on the cross want most? Remember me, Jesus. That’s what he said. Spending the day with David was a lesson in that truth. Remembering the boy I encountered on that first day back in 2011 made what I saw and heard three years later that much more impactful. I saw David jump rope with his neighborhood friends, and I remember when he couldn’t jump at all. I saw him run his heart out, laughing alongside his brothers and sisters, and I remember when running was something plagued by pain and embarrassment. I heard his parents talk about the change in him since his time at CURE, and I remember meeting his mom at the start of their journey with us, looking at how far he had to go. I heard his twin brother boast about how happy he is for David, and I remember when David felt anything but the same as his brother.

Now for a fun fact: The entire time I’ve known David, he’s never really been able to speak English. Our relationship has been built on body language, peek-a-boo, hide and seek, laughter, me making a fool out of myself, and my attempts at Swahili. But God’s priority for me was never speaking. It was seeing. It was hearing. And it was remembering. It was my responsibility then and it still is now, and because of it, I forever have a family in Kenya, who has given me a gift, simply by remembering the journey we shared.