Padde is a walking testimonial

He speaks softly but the pitch in his voice is noticeably high. As I lean in to hear his words, his body language suggests that he is nervous. He seems more comfortable when his father, Francis, who is sitting next to him, opens up and answers questions about his life. 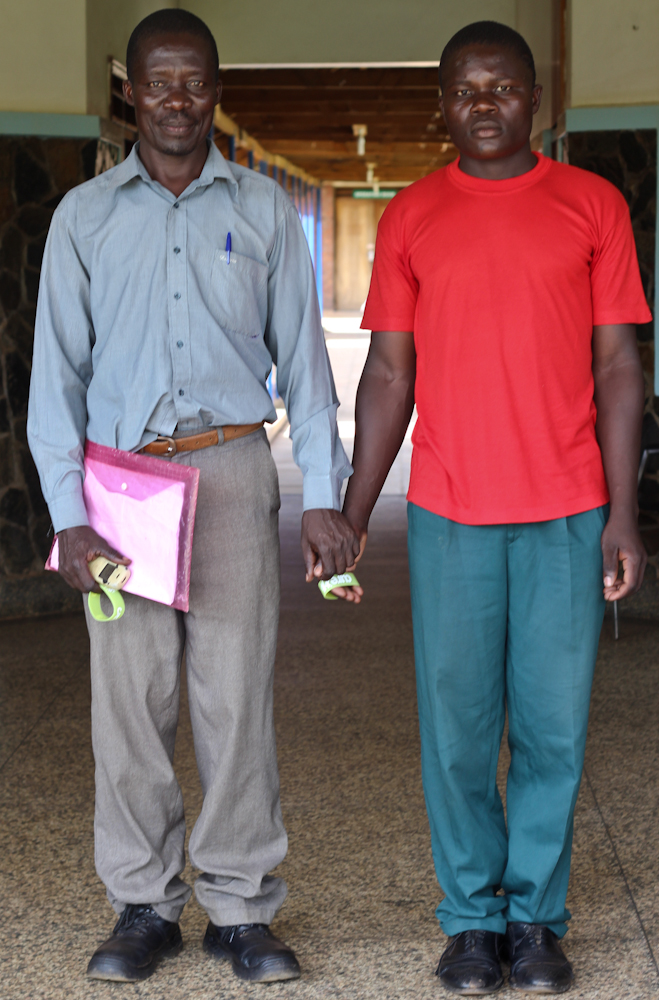 Meet Padde, an 18-year-old from the northern region of Uganda. He returned for a short review at CURE, seven years after his last seizure.

The convulsions started at just two months old after recovering from malaria. The episodes grew more intense and more frequent with age. Padde was developmentally delayed, not walking until age 2 and not speaking until a year after that.

At 8 years old, Padde began to forget things. His short-term memory was almost non-existent. The seizures were random and unpredictable. Sometimes, Padde would have several in the same day. He would also go for weeks and not experience an episode. When asked if he remembers how the seizures made him feel, Padde told us that he only remembers that he would be extremely fatigued after an occurrence.

Students feared him. Teachers did as well. The stigma associated with epilepsy here is vicious and hard for a Westerner to comprehend. For a young boy, I can only imagine there were many tears involved for Padde and his parents.

In 2004, a pastor at a local parish decided to seek treatment for a select number of children. We aren’t sure what other problems existed among the children, but we know that Padde’s epilepsy was unique. It was the reason he was chosen for treatment.

The pastor escorted the children to the district hospital and Padde was eventually referred to CURE. The family didn’t know it at the time, but CURE was the answer to many years of prayer.

After a major operation at CURE Uganda, Padde spent weeks recovering in the ward. He went through physical therapy and lots of follow-up appointments to track his progress. Padde made a full recovery and started school again.

Now 18 years old, he tells us he wants to be a doctor. His father, Francis, is pushing him towards an occupation working with his hands. When his father mentions possibly studying a trade like tailoring or carpentry, Padde smiles. Francis tells us that Padde has always been handled like an egg. There’s a fear that he may injure himself or exert too much energy, causing the convulsions to reoccur. His father has kept a close eye on him since his treatment, but his ambitious son learned to ride a bicycle in secrecy.

While we were chatting with Padde and Francis, they were both assured that Padde was free to go and do whatever his heart may choose. He is cured, and has been for over seven years. 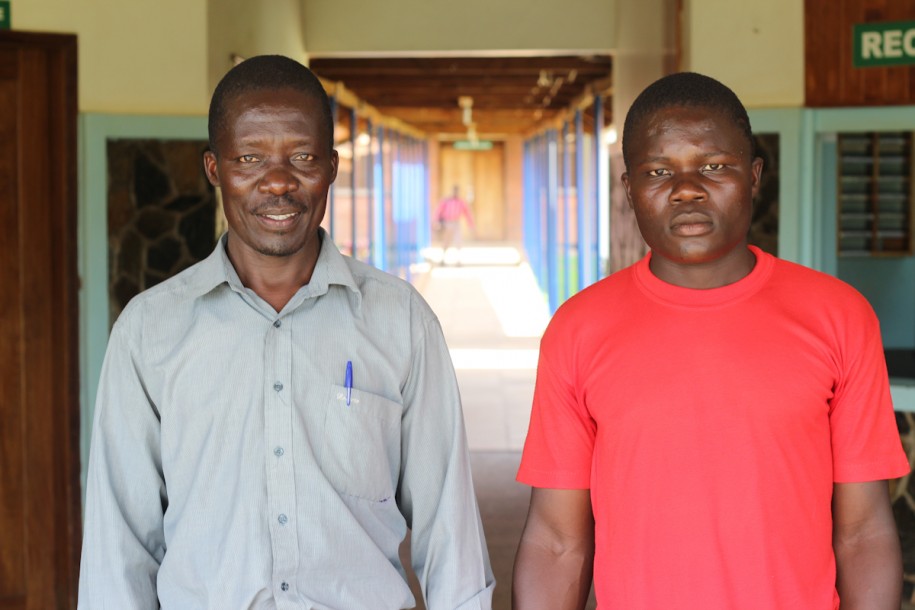 Padde is the firstborn of five children. He enjoys working the land when not in school. He tells us that he’s currently planting and maintaining a harvest of peanuts and maize. His father tells us that he is bold and bright. Although he still struggles with his memory, he’s not ashamed of his past condition.

You might think it could be lost on two guys from a remote village in Northern Uganda that medical treatment in the region, and even on the continent, is incredibly scarce. But they both seem to know it. “How can this be?” quips Francis, referring to the number of neurosurgeons practicing in Mbale. He speaks about how Padde’s treatment turned his family into ambassadors for CURE. They started referring people in the village, and word of mouth carried recommendations into neighboring villages. We don’t know the number of patients who were treated because of Padde and his father, but judging by their enthusiasm, we imagine the number is large.

It would be hard not to take advice from the family when Padde is a walking testimonial.

While escorting the two towards the main gate of CURE Uganda, I mention that I’m always grateful to meet humble patients like Padde. His father stops his steps and corrects me. “Padde is no longer a patient.” As a confused look sets across my face, he leans over and tells me, “Patients still need help. Padde is cured.”