Girma’s life personifies the concept of glory. He came to us very ill – some thought just days away from death, if left to follow the path he was on. Months before, he had developed some pain in his leg. He began to limp. Eventually, his family brought him to a large hospital. The professionals there said nothing was wrong. Girma was sent back home. 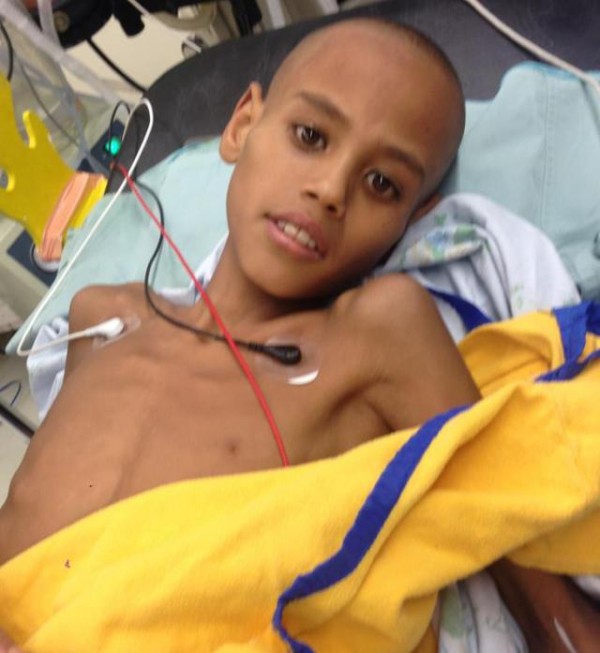 Meanwhile, Girma’s body was wasting away. He had severe pain and swelling in his leg. He looked like a boy from the pictures of the Holocaust. The family lived in an area of Ethiopia previously held in the grip of witchcraft. Nothing could be done there without the blessing of the witchdoctor. Even an Orthodox priest, normally a very well-respected person in Ethiopia, was beaten in front of the village for trying to preach in this area and was told to never come back. Every person was expected to pay money and respect to the witchdoctor and to honor him alone.

But now, this has all changed. A few years back, a girl came to CURE with a chronic infection in her leg. Her family came to know Jesus through their time at CURE, which was long because of the complexity of the treatment she required. This girl was from the same area as Girma. Her family, especially her father, brought the message of the freedom found in Christ back to this area held in bondage for so long. Many responded to this message of freedom – so many that the power of the witchdoctor was finally broken. Just a few months ago, 52 people were baptized from this one area. Now, several churches have been started and the message of freedom is growing.

Girma’s infection started just about the time of the baptisms. His family had not been one of the ones to believe in Jesus. Finally, though, with no other options, they brought Girma to one of these new churches. Would power be found there as it was found with the witchdoctor previously? Was this new movement in the area for real? Was there real power behind it?

God would show His glory through this young boy who was so near to death. He would confirm, through love and power, that His church represented something real; that power, saving and free, could be found there.

Girma has been healed at CURE Ethiopia. Even bone that appeared to have died in the midst of this severe infection is rebuilding itself. Girma is well on his way to recovery, all because of an intricate plan that God has woven through the working of His people, His church, to work in an area that could be rescued only by Him, in a way that only He could accomplish. He is at work in this world and we are privileged to be His hands and feet. In so doing, our lives can also reflect a little of His glory.

As Jesus was walking along, he saw a man who had been blind from birth.  “Rabbi,” his disciples asked him, “why was this man born blind? Was it because of his own sins or his parents’ sins?”

“It was not because of his sins or his parents’ sins,” Jesus answered. “This happened so the power of God could be seen in him.”