From attempted suicide to healing

Losing a child is the most traumatic experience a parent can endure. Imagine, then, a parent who didn’t just lose one child — he lost three. The loss wasn’t in one tragic moment, but spread out over the course of years: one, after another, after another.

Dofte’s father, Kedir, was that parent.

Dofte’s family lives in Ethiopia. They are very poor. They barely have any money for food and water, let alone medical expenses. When they lost their first child to illness, Kedir mourned and made his peace. When illness struck the second child and he died, his father attributed it to God’s will. When the third child got sick, there was no money for treatment, and he also died.

When Dofte started to show signs of illness, Kedir was overwhelmed with grief. He couldn’t bear the thought of losing yet another son.

In despair, he attempted suicide.

Even though he survived, Kedir was no less haunted by the prospect of his son Dofte succumbing to the fate of his brothers. He watched as Dofte’s legs became more and more twisted. He brought Dofte to a local hospital, determined to find help, but was told that he could not be treated.

Kedir returned home dejected. How could he lose another son? He felt like he was cursed.

When he arrived home, he was met with news he wasn’t expecting. Someone told him about a boy with crooked feet that were made straight at a hospital named CURE in Addis Ababa. If they healed that boy, maybe they could heal his son, too.

Nothing would stop Kedir from bringing his sons to this hospital. He had to sell his only ox to have enough money for the travel costs. He would have no way to plow his land for what little sustenance it provided, but in light of what he had endured and what could be gained, that was nothing. Poverty was meaningless if it meant his son would live.

This father who buried three of his sons, who tried to end his own life, who was told that healing was impossible, found himself welcomed into CURE Ethiopia with open arms. The doctors and nurses comforted him. They told him not to worry, that Dofte would walk again with straight legs. 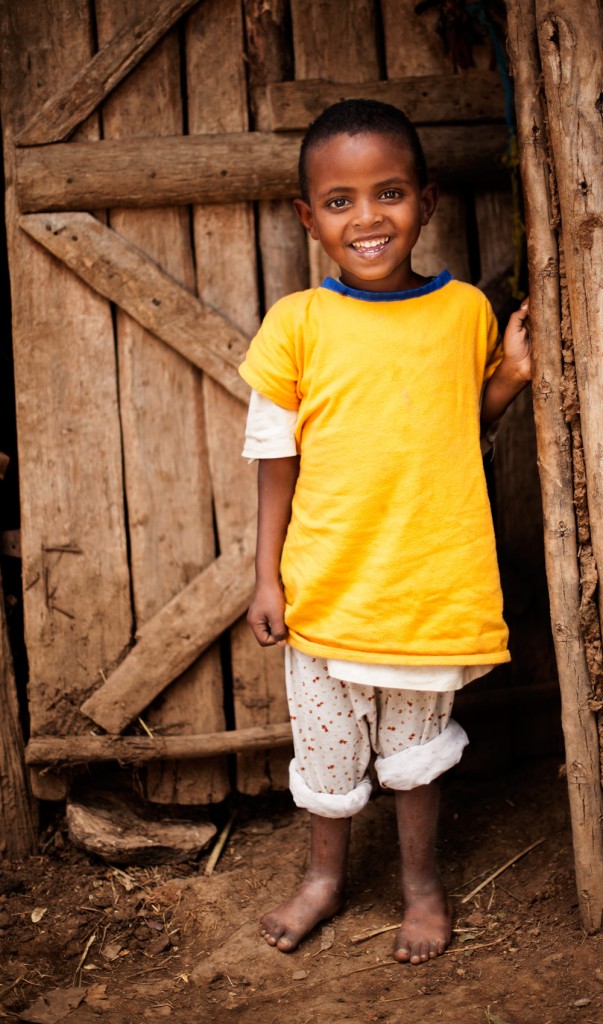 Dofte, with straight legs after surgeries at CURE Ethiopia

At CURE, Kedir wasn’t asked for money or labor in return for services. Instead, he was given the one thing that had always eluded him:

He couldn’t believe the treatment he and Dofte received at CURE. The tangible love of God he encountered at the hospital led him to accept Jesus as his savior, an action that altered every facet of his life. He no longer drinks to numb his pain, no longer reacts to his family and friends in anger. He doesn’t live under the heavy burden of prolonged despair. 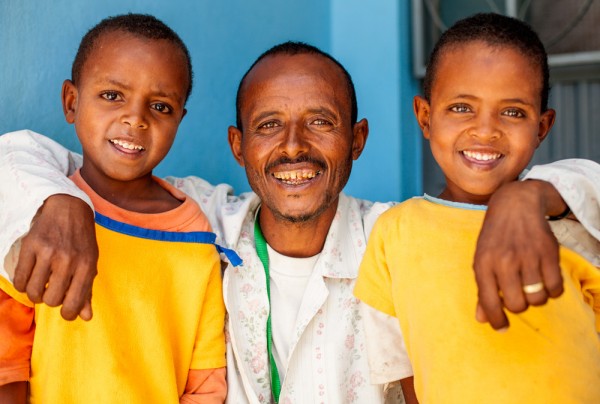 Have you watched Kedir and Dofte’s story yet? If you haven’t, be sure to take five minutes today to visit hi.cure.org/meet-dofte. You won’t regret it.