The first two times I asked Cherilyn what happened on the day she broke her leg, she told me she didn’t really remember. Her face showed some of the emotions she probably didn’t want to feel: fear, anxiety, sadness, loss.

Cherilyn didn’t just break her leg in a motorcycle accident one day. She and her mom had been out shopping that afternoon, and her mom decided she didn’t want to take public transportation home. Buses made her feel lightheaded. So instead, she asked Cherilyn’s uncle to take them home on his motorcycle. 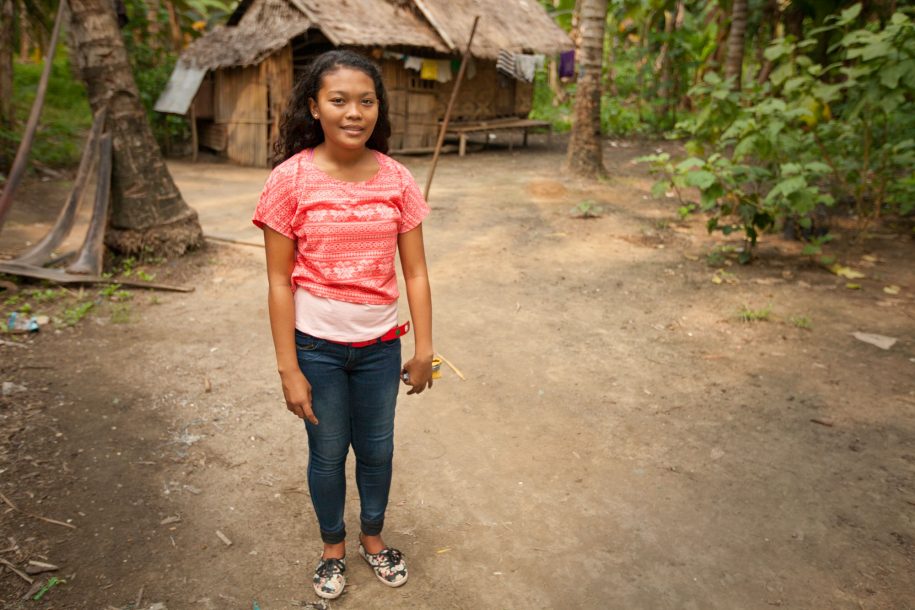 He had been going through a hard time, a bad breakup with his girlfriend, and when he arrived to pick them up it seemed like he had been drinking. Cherilyn’s mom sat in the middle and put Cherilyn on the back of the motorcycle. As they were driving home, her uncle swerved, hit an emergency cone on the side of the road, and lost control of the motorcycle. Cherilyn’s mom instantly picked her up and threw her to the side of the road so she wouldn’t land on the highway.

At that moment, I woke up and asked for help. I was the only one who was awake. I was trying to look for help, and the next thing I knew I saw my mom on the highway, laying there. I couldn’t get closer to her because my leg was so swollen and I just needed help.

They took me to a hospital. That’s when they told me that my mom was gone, and I kind of lost my mind. When we were at the hospital, I wasn’t really treated because the next day was my mom’s wake and there weren’t any doctors because it was the holiday season, so we just went home.

It was almost a year that I didn’t talk. I was just staring at a blank space. If people asked me something, I didn’t say a word. I didn’t answer. I just looked around. I was only thinking about my mom.

For the next five years, she lived with a broken leg that was never properly treated. It began to curve and cause her pain whenever she’d walk long distances. Her sister took her to a doctor, but they couldn’t afford the treatment he advised, so, for a second time, she went home with her leg still broken. 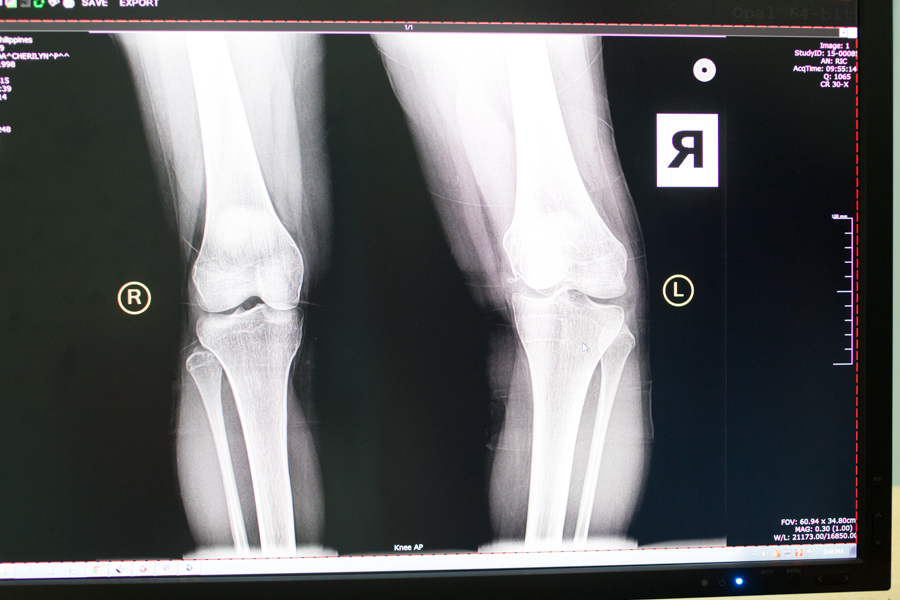 When Cherilyn heard about the newly-opened Tebow CURE Hospital in the Philippines and was advised to go, she was understandably nervous. She didn’t have any positive associations with hospitals. She went anyway, and soon learned that CURE hospitals aren’t like most other hospitals.

When I had my surgery, I was really happy even though my leg was in a lot of pain. They [CURE staff] kept visiting me and talking to me. I was really happy that they were there for me. They were looking at me like I was part of their family, and they were treating me well, and I felt like they really, really loved me. I felt the love of Jesus, and I received Jesus.

A few months later, Cherilyn asked Dr. Tim Mead, who had done her surgery, if he would baptize her. Which, if you think about it, is pretty incredible. The fact that it’s totally normal for a surgeon to baptize a patient, that medical care and spiritual ministry are so intertwined they can’t be separated, is one of my favorite things about CURE. 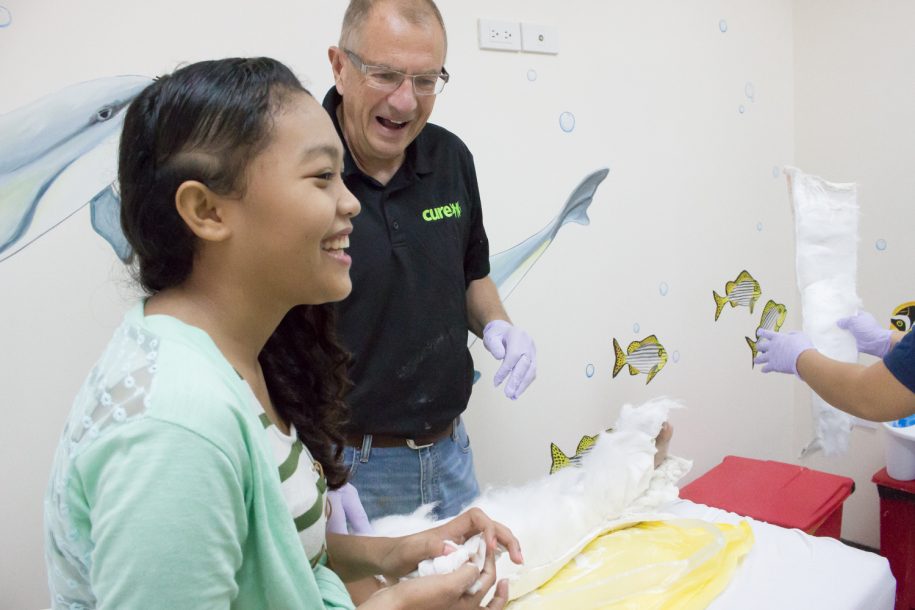 Cherilyn’s shyness came out in full form when I asked her about what that day meant to her. As someone who also dislikes being the center of attention, I completely understood, but it was clear that the thing she felt most on that day wasn’t discomfort. It was love.

Cherilyn came to us with a broken leg, but the fact that her leg is now straight is the least important part of her story, because no one comes to our hospitals with “just” a disability. There aren’t any purely physical conditions. There are always emotional and spiritual factors, and those are always infinitely more important to address. 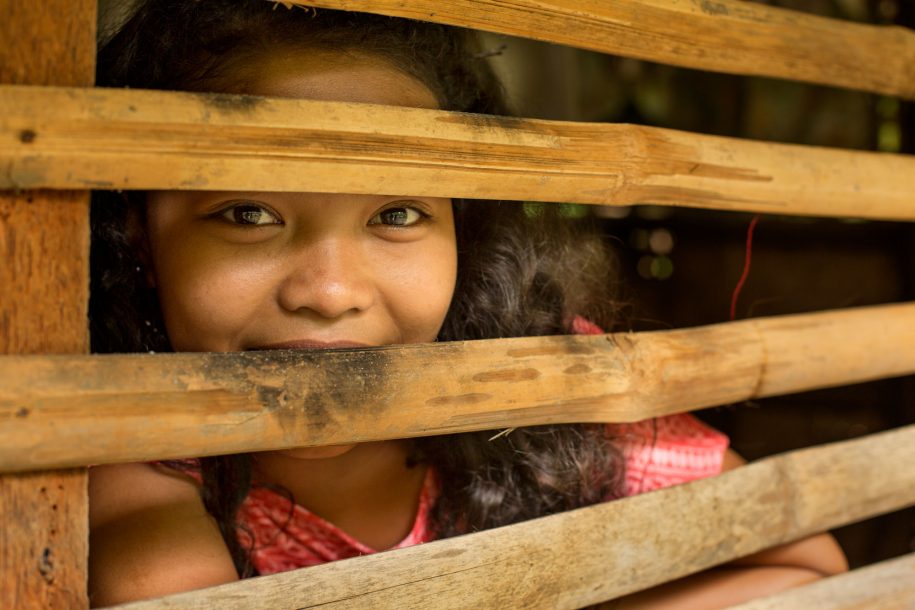 I can’t imagine the Cherilyn I met—a sweet, joyful, compassionate teenage girl—as someone who only had a healed leg. I can’t imagine her coming to our hospital for help and leaving with medical treatment, nothing more. It would be worse than sending her home with a broken leg again…

…because physical healing was not what she needed most. She needed to meet the One who was beside her on the day her world collapsed and every silent day that followed, and she met Him through a surgery that wasn’t just a surgery, a surgeon who wasn’t just a surgeon, and an entire team that worked tirelessly to ensure the care we provided wasn’t just medical.

I hope you’ll watch the video below. Near the end, you’ll get to see Cherilyn singing during a worship service at a local church, which is one of the more emotional moments I’ve experienced in my past three years on the media team.

But the moment I’ll remember more than any other isn’t Cherilyn singing in church with our cameras rolling. It’s Cherilyn singing in a small office on the top floor of the Tebow CURE Hospital with Madel, our Spiritual Director. Cherilyn found Madel during a break and asked if they could do what they did when she was still in the hospital. So for the next 20 minutes, they sat together and sang worship songs using a tiny laptop with tiny speakers cranked up to full power. 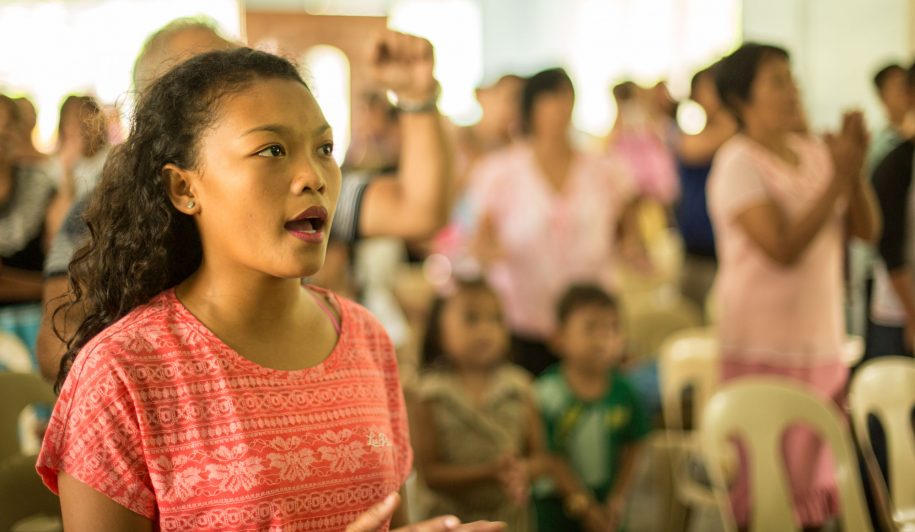 That is the voice Cherilyn found again.

Can you imagine what it would be like if she was still silent?