My CURE trip: Devotions in the Dominican Republic

This post was written by Taylor Thomas, who is a member of the CURE U chapter at Liberty University in Virginia. She served on a CURE U trip to Dominican Republic.

What are the building blocks of CURE International? Its people and their overflowing love of the Lord.

I had an amazing opportunity to volunteer at CURE’s hospital in the Dominican Republic over Thanksgiving break. One of the first things we did was go to a church service that some of the CURE hospital workers attended. Since not all of us spoke Spanish, they were so kind to give us our own headsets and have Jorge (a CURE staff member and, basically, our big brother) interpret for us. Already, I knew that CURE was not just your average non profit, but one where the people are rooted in local churches and growing from the inside out. 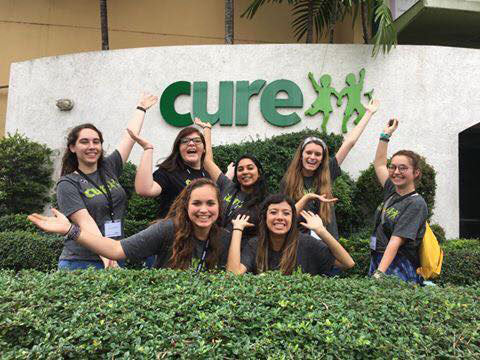 Our first trip to the hospital called for us to take a group picture in front of the sign!

The next day, we were able to head to CURE Dominican Republic for the first time! I was most excited. We toured the hospital and headed into chapel. Now, this was something that was unique compared to other hospitals I’ve been in and clinical staff I’ve shadowed. Most of the staff and some of the patients were in the chapel, and we began to sing and worship. The devotions from the pastor were very powerful. I know having these devotions is something that sets CURE apart. These devotions were evidence of how the Lord is the ultimate source of healing.

The devotions and worship gave credit to the One who has made all things possible. Seeing the staff, and even children, worship the Lord was so encouraging. This routine overflowed into our time of team devotions and sharing testimonies at night, which brought us so much closer together. I was even able to lead a devotion for the staff one day! In such a short amount of time, our team and the staff at the hospital were a strong family. We all had Thanksgiving together as a family and had such a joyful time. Our team cooked for the staff, and we gave them a little taste of America (meaning lots of butter)! By interacting more with the staff, I could tell they were on fire for the Lord and overflowing with love. That love poured into their work, their patients, and the overall attitude of the hospital. 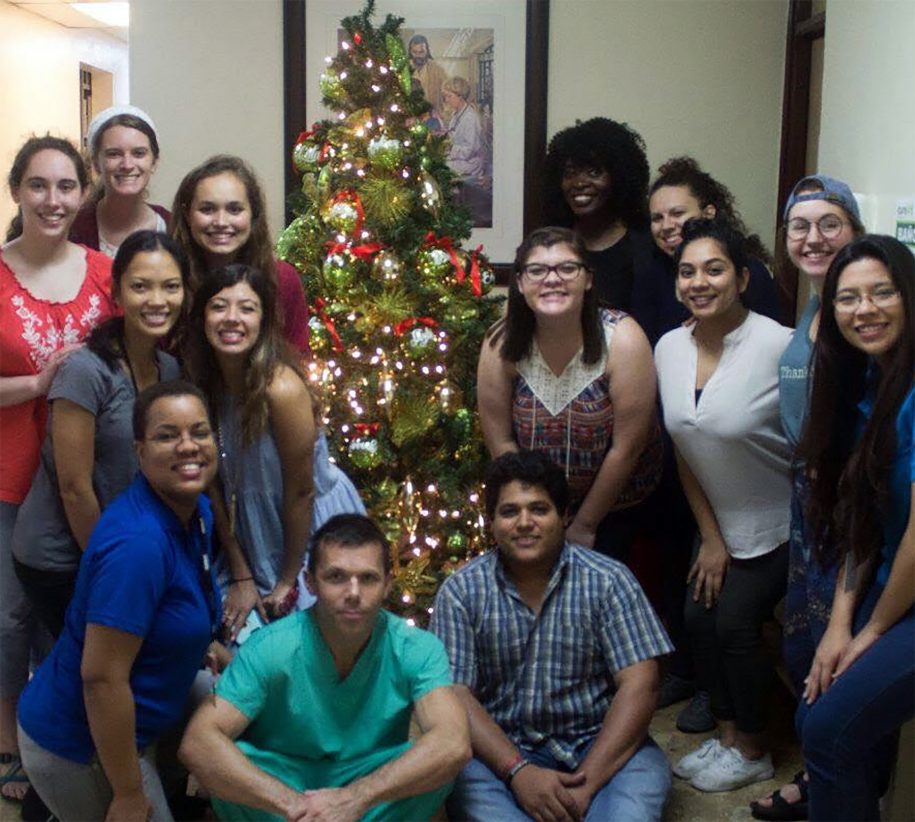 Our team got to experience some holiday fun with they staff of the hospital!

CURE Dominican Republic was full of love, happiness, bubbles, and healing. We spent most of our days in the hospital blowing bubbles, coloring, and playing with the kids while they were waiting to be seen by the doctor. We were able to shadow some doctor consults with Dr. Ruggles, who happens to be a D.O. (Doctor of Osteopathic Medicine). Not many people know what this is, but to me, this is the type of doctor I want to be in the future. So, I knew the Lord had me on this trip for more reasons than one.

One of the kids we spent time with was Melvin. He was in the infectious ward, so he did not have too many visitors. Our team suited up and entertained him by singing and bringing coloring books and balloons. He is such an example of strength because he had surgery on his femur and remained positive. 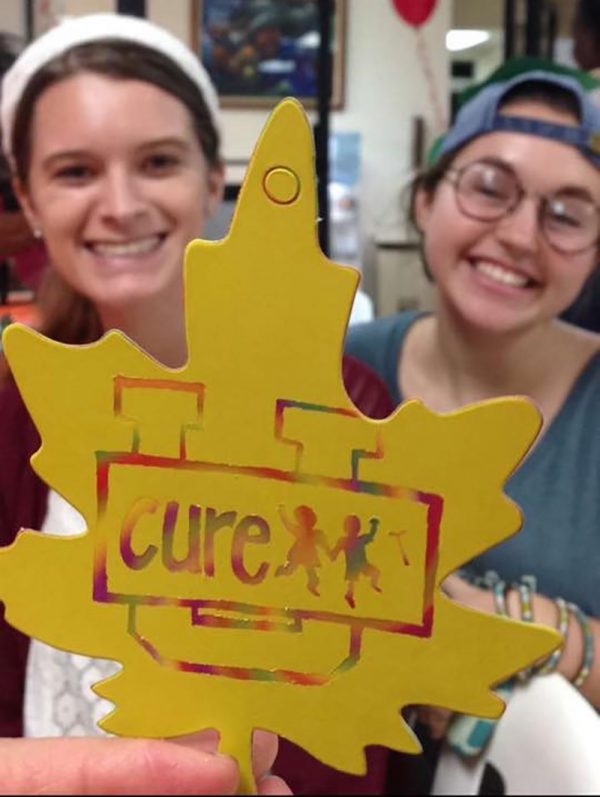 Wednesdays in the hospital is Clubfoot Day, which happened to be one of my favorite days! We watched the doctors take care of children that came in regularly by replacing their old clubfoot casts with new ones. While the kids were getting new casts, our team was able to distract them by blowing bubbles and singing with them. I really enjoyed this because it incorporated my interest in osteopathic medicine and love for kids. 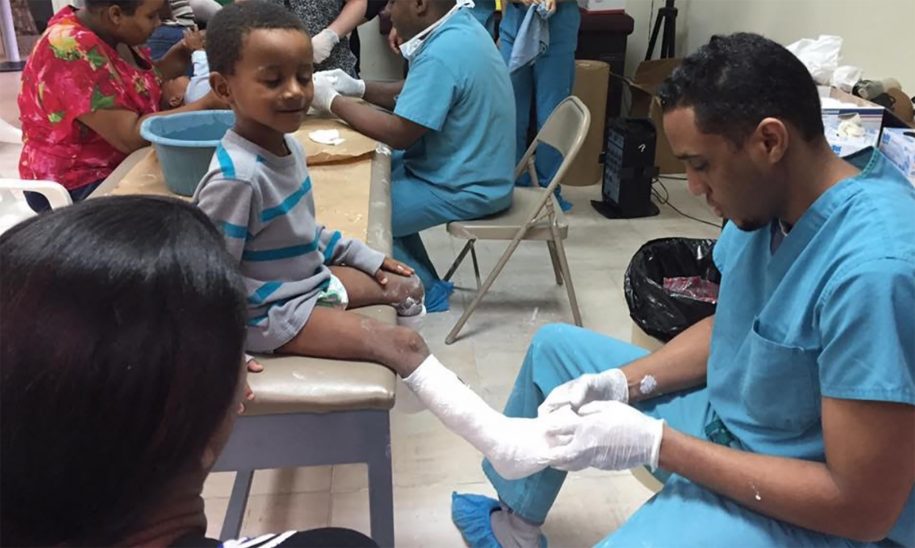 This was the clubfoot clinic where we were able to distract the kids while the doctors replaced their casts.

We were also able to spend time with some children at a school and village while doing “CURE-in-a-box.” CURE in a box was so much fun, and we played games with the kids while teaching them about Jesus and CURE. 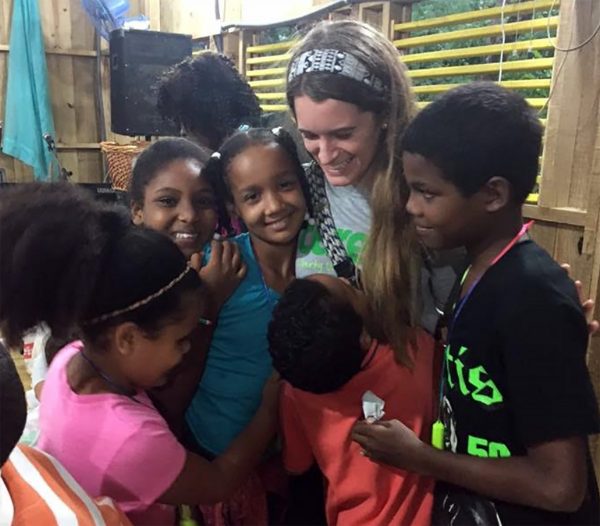 We got to play with the kids for CURE-in-a-box, and I made some new friends.

Shadowing Dr. Ruggles and spending time with the kids and hospital staff made me realize that I desire to do medical missions and would love to work with CURE in the future. This trip gave me an inside look at the work CURE does and gave me a burning passion to tell everyone I know about this amazing organization. I carried this passion back to my CURE chapter at Liberty University, and it is driving me to involve all my friends to help raise money, so CUREkids can receive healing.